- June 22, 2011
In my last blog post I covered using a very basic PInvoke call to an unmanaged dll that returned an integer. For basic data types int, char, double, float, etc you don't need to do any manual marshaling. However, especially with the Win32 API you will find yourself needing to use more complicated types. Even getting a string back from an unmanaged dll takes more work, and then we have classes, structs, arrays, etc we need to deal with.

Let's start with the byte array


C/C++ treats arrays as pointers, so we're going to let the framework handle the memory management for us and just pass in an array with the array length. We can let the .net framework handle the memory mapping from our call to the actual dll memory use. The above function works very well for basic data types, but we often find ourselves needing to use more complicated types like strings and structs when dealing with unmanaged code. I will cover those items next.

Let's look at the function


Would be enough. Sadly dealing with strings gets complicated when making pinvoke calls. I have found when dealing with any strings in pinvoke calls it's simply better to use the IntPtr class with the Marshal static helper functions. Let's look at some code below.


Now let's take a look at the final example. Passing in a struct that the unmanaged code can read/modify etc. This one takes a bit more work but is very handy, especially since many of the Win32 APIs take their own struct definitions as input parameters. Now you will need to know the structure of the struct you plan to use. This isn't an issue usually when you have access to the source code or documentation but it needs to be noted.

So let's look at some C# code. First we need to create a struct that matches that unmanaged side struct. From above wherever we have string, use an IntPtr. For the int we can match the basic data type. 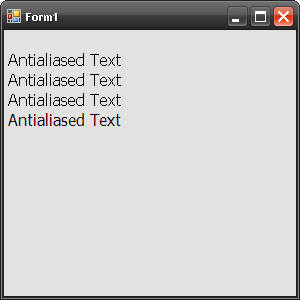